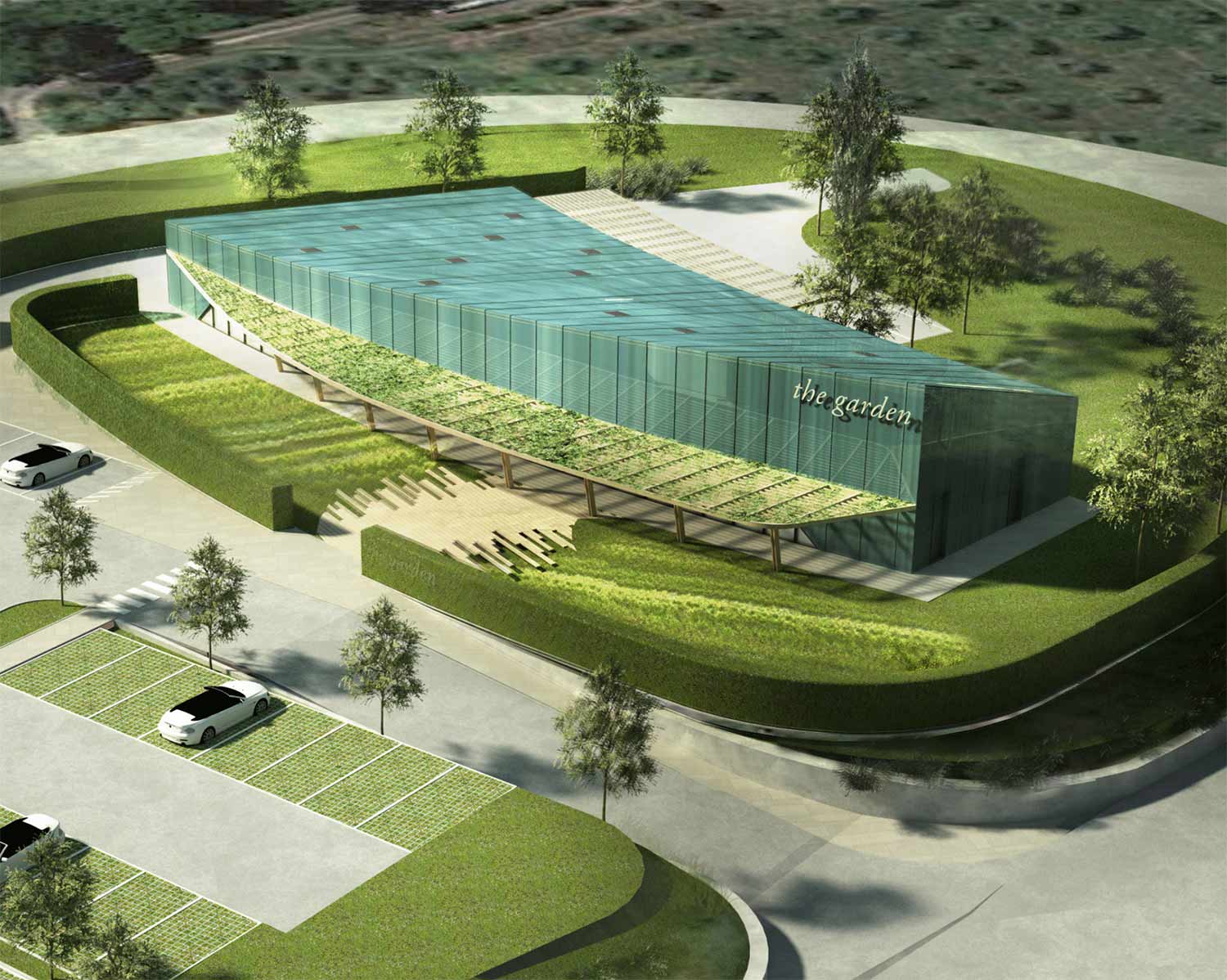 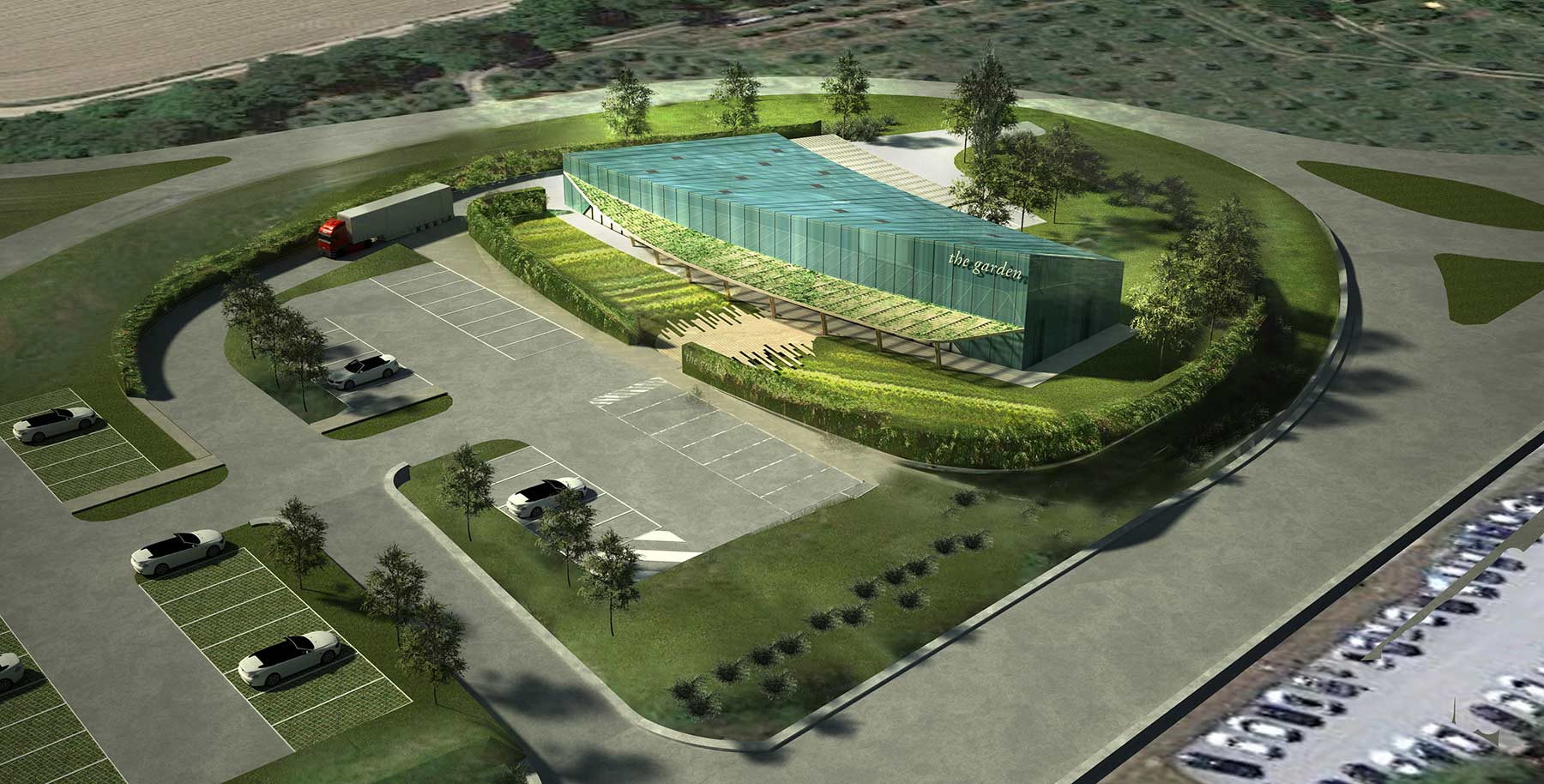 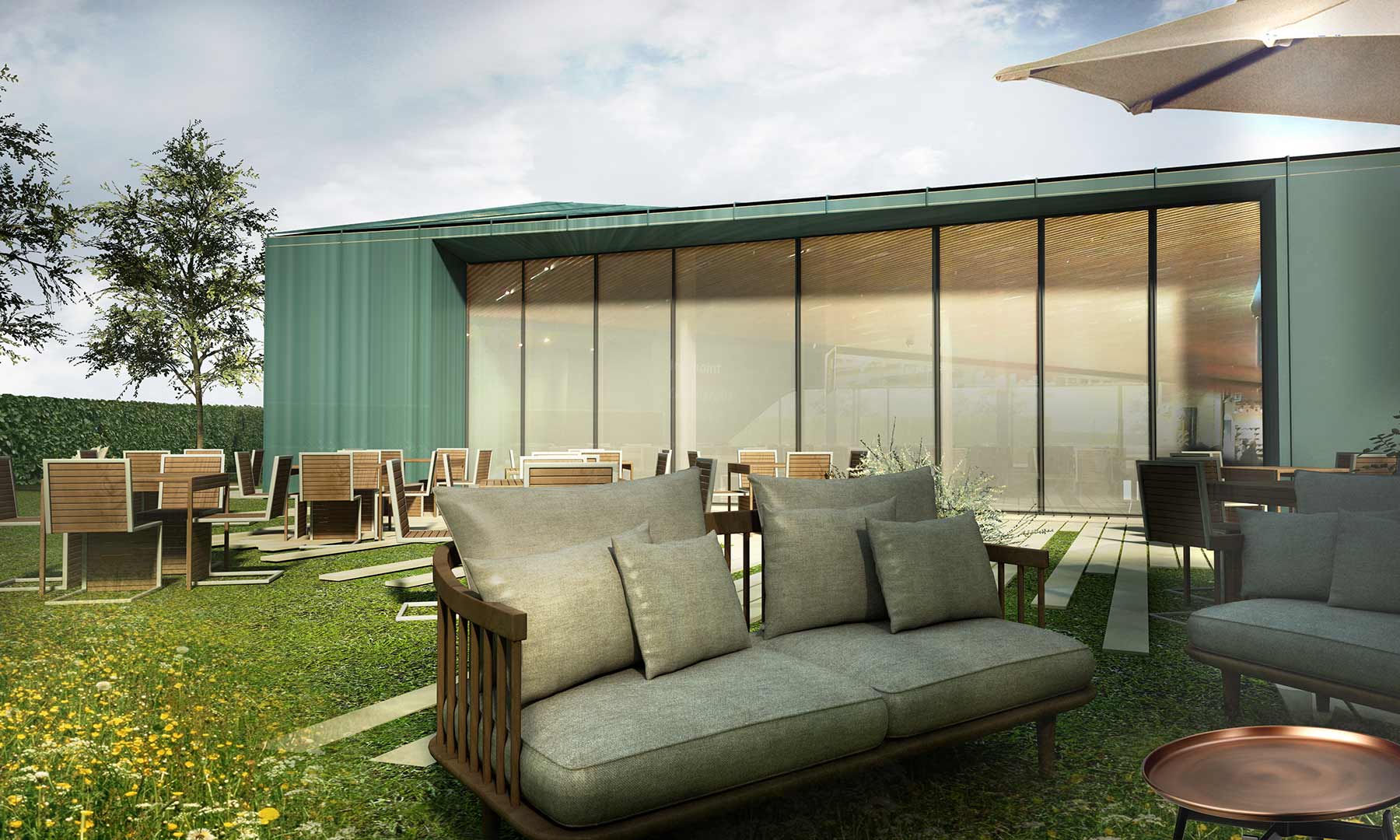 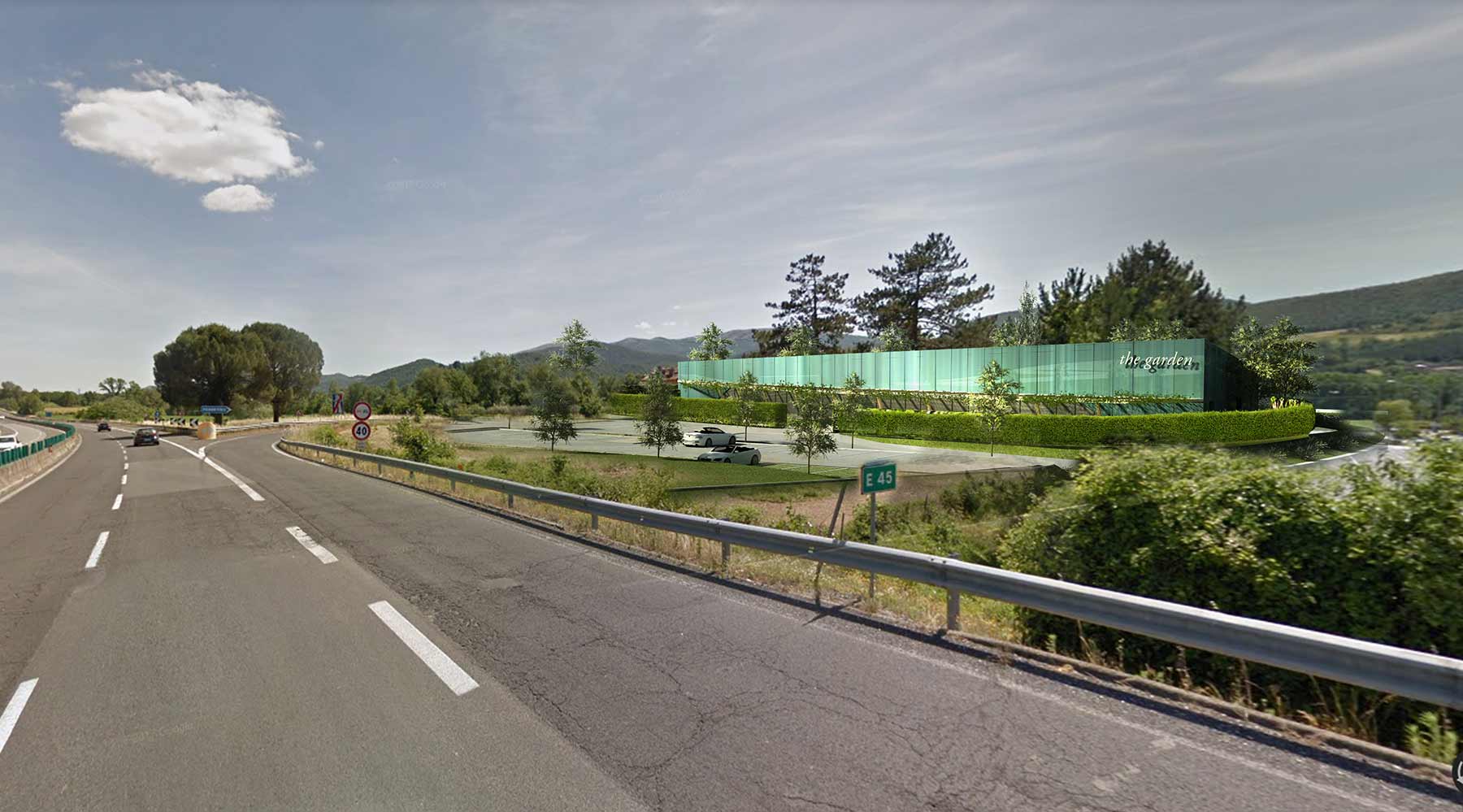 The characteristics of the place are twofold, on the one hand the building sector is at the center of a functional junction for traffic, on the other it is in a context characterized by the passage between the industrial area of ​​Pierantonio and the rural one.

The position of absolute visibility and the presence of a piece of Umbrian agricultural territory in the background were the elements that inspired the project, in its precise desire to conform as an object halfway between construction and the world of land art.

The design references are to be found in the works of Richard Serra and in the installations of Mauro Staccioli in Volterra, works in which simple elements with a strong contemporary character stand out in the landscape.

This suggestion meant that the project conformed as a pure form covered in metal that stands out in the surrounding context.

Planimetrically the project conforms like a system of green elements that progressively separate the building and its functions (both open to the public and functional to it) from the road elements that surround it.

This approach is fundamental for two main reasons:

• prevent those who travel the junction from having direct visual access to the loading and unloading areas, which would lower the perceived level of the intervention.

We use cookies to enhance your experience while using our website. If you are using our Services via a browser you can restrict, block or remove cookies through your web browser settings. We also use content and scripts from third parties that may use tracking technologies. You can selectively provide your consent below to allow such third party embeds. For complete information about the cookies we use, data we collect and how we process them, please check our Privacy Policy

Strictly Necessary Cookie should be enabled at all times so that we can save your preferences for cookie settings.

If you disable this cookie, we will not be able to save your preferences. This means that every time you visit this website you will need to enable or disable cookies again.

This website uses Google Analytics to collect anonymous information such as the number of visitors to the site, and the most popular pages.

Please enable Strictly Necessary Cookies first so that we can save your preferences!